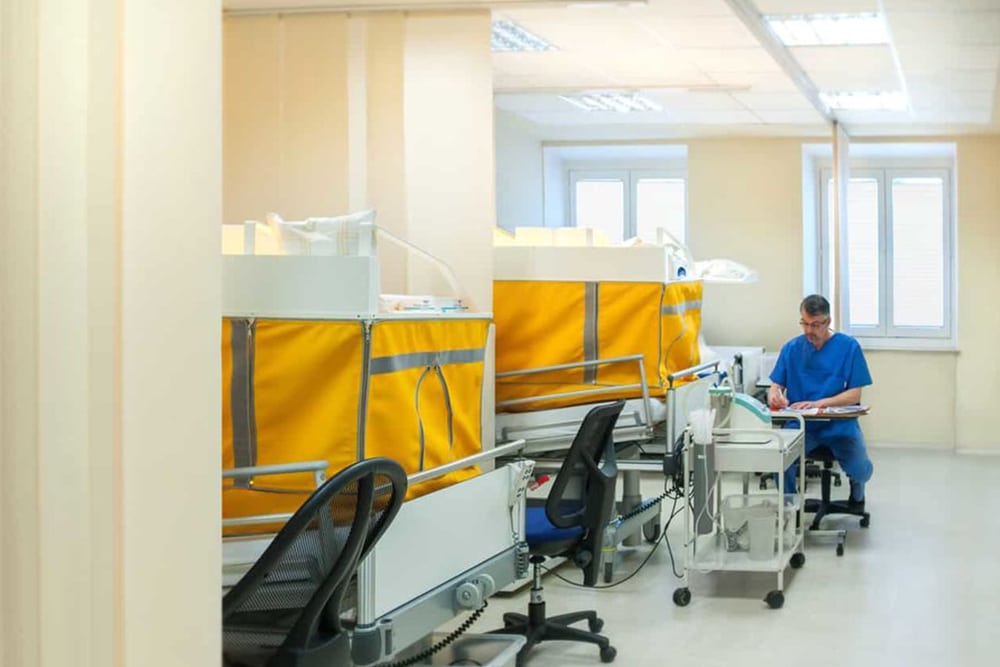 Michelle McKeon, of Ridgewood, went to Germany to seek treatment for the illness, which remains a disputed condition in the medical community

On a summer day in July 2006, Michelle McKeon was shopping in a grocery store in Fire Island when she felt her body shutting down. As she lost feeling in her extremities, she was unable to think or speak.

“Ever since that day, I never felt well again,” said McKeon, now 24.

She left her summer plans to work in an ice cream parlor with college friends behind and came home to Ridgewood, where she was diagnosed with a case of heat stroke.

But the symptoms never went away. Each day she felt like the room was spinning, and there was a constant pressure in her ears. Any temperature hotter than 75 degrees made her feel overwhelmed, and any bright light or loud noise gave her an instant migraine.

“These aren’t symptoms people are used to hearing,” said McKeon, who went to 54 physicians over the next fours years, searching for the right diagnosis. Doctors told her she had everything ranging from chronic migraines to depression. Unable to function, she took the spring semester of her sophomore year at Marist College off, hoping to find an accurate diagnosis.

“I just figured that if you go to the best of the best doctors they’re going to figure out what’s wrong with your body…but there really was no answer,” she said.

What McKeon didn’t know was there might be an answer, but not an accurate test to find it. She and her doctors believe she suffers from Chronic Lyme Disease, a condition that is unrecognized by many doctors, as well as the Center for Disease Control (CDC) and the Infection Diseases Society of America (IDSA).

According to the CDC, patients who experience “lingering symptoms of fatigue, pain, or joint and muscle aches” after undergoing a two to four week course of antibiotics for Lyme are experiencing Post-treatment Lyme disease Syndrome (PTLDS).

“The exact cause of PTLDS is not yet known,” notes the CDC on its website, “There is no credible scientific evidence that PTLDS is caused by persistent infection.”

But the commonly used Elisa Screening test misses 35 percent of culture-proven Lyme disease, according to advocacy group the International Lyme and Associated Diseases Society (ILADS). ILADS contends it is indeed an active infection.

The two groups are engaged in a heated debate over the existence of Chronic Lyme Disease, which is made more complicated by the varied nature of the symptoms and inconsistent success of treatments.

In McKeon’s case, she tested negative and underwent a month of antibiotics anyway. They were ineffective, and she went on to other remedies.

Symptoms remain, but answers are nowhere to be found

Without a diagnosis, she returned to school, commuting to doctor appointments in between classes.

“I loved being at college, and I didn’t want to be home because I wasn’t getting any answers,” she said. She learned to never walk outside without sunglasses, not to drink alcohol, and to be wary of any potential bump from a friend that might send her depth perception reeling.

“When you say you have Lyme disease people don’t really take it seriously, so I kind of have to act like I’m okay, and I’m not. I’m really sick…and it’s really serious,” said McKeon.

Despite missing a semester, McKeon graduated in four years with a degree in Psychology/Special Education, and began teaching fifth grade at Highland Elementary School in Midland Park. But every day was a challenge, she said, and her symptoms worsened enough that she was forced to take a leave of absence.

McKeon devoted herself to researching her condition on her own time. She had already ruled Lyme out, but when she found accounts of stumped doctors and matching symptoms online, she was convinced.

“I just remember she called us one day and said ‘I know what I have,’” said Margaret Buttery, one of McKeon’s closest friends. McKeon sent samples off to IGeneX, a lab specializing in Lyme diagnosis in Palo Alto, California. When the results came back, she and other close friend Taylor LaForge threw McKeon a “Lyme party”.

“We had lime popsicles, we got her lima beans, lime colored everything,” said Buttery. “All of which turned out to be really bad for her,” finished LaForge. McKeon now has a restricted diet that eliminates foods that trigger a flair in her symptoms, including carbs, sugar and caffeine.

In the past year and a half since her diagnosis, McKeon has had blood clots from her IVs, picc lines (a type of IV that is threaded through the veins, straight into the heart) in her arm for months at a time, constant injections, extreme diet control, acupuncture, chelation therapy, and detoxification baths.

Her case is extremely unique. “Most people don’t have these many complications from Lyme,” she said. “I’m just extremely unlucky.”

Her mother, Cheryl McKeon, keeps folders for each year so she can record what their insurance does and does not pay for. Since Chronic Lyme is not officially recognized by the CDC or IDSA, it’s difficult to establish that every treatment is medically necessary to insurers, and Michelle does not qualify for disability.

“We’ve gone to the pharmacy and spent three, four, five thousand in a day. If it was two thousand then it was inexpensive,” said Cheryl McKeon.

In 2010, her brother Joey McKeon was also diagnosed with Chronic Lyme Disease after being bedridden for a month.

Before getting sick, he describes himself as “arrogant and selfish,” unable to comprehend what was wrong with his sister. “I’d be like ‘She’ll get better, this isn’t my problem, the doctors will fix her,’” he said. “With Lyme, you need support from everyone, I didn’t understand that, now I appreciate it a lot more.”

“People look at you and think you’re totally fine…but inside you’re suffocating,” he said. “I don’t think I would’ve been able to get through this without my sister, I really just look up to her, because everything that she’s gone though has been so much worse than everything I’ve gone through.’

Michelle McKeon began seeing Lyme specialist Dr. Richard Horowitz in Hyde Park, New York. In December, McKeon learned that she has biofilms—an organized structure around the microbes which prevents antibiotics from working effectively. She also has a co-infection called Bartonella, which further complicates her condition.

“We’re kind of at a crossroads of how much more can her body take of the antibiotics,” said her mother, Cheryl.

Just over a month ago, McKeon learned about a clinic in Germany that performs special hyperthermia procedures which cannot be found in the U.S.

“This is what people do as their last resort,” she said. The cost of transportation, treatment, and post-treatment adds up to roughly $25,000.

Buttery and LaForge decided to create a website, sharing Michelle’s account of her symptoms in the hopes of raising funds as well as awareness.

“It’s been an outpouring,” said Cheryl McKeon. “With the battles and insurance companies, they have paid for things, you try not to be bitter…This kind of restores your faith.”

Donations have ranged from $10 to $5,000, with one unexpected payment coming from Lindawaty Halim, a woman LaForge met during a trip to Peru several years ago.

Halim’s father died at a time when her family did not have the funds for treatment. “She had the opportunity to help at this point,” said Laforge. “She said that this is really what money should be for.”

With about $20,000 raised, McKeon left on Feb. 18 for the Klinik St. George in Bad Aibling. Over ten days, she prepared her body for two hyperthermia sessions, in which her body was heated to 107 degrees while her head is kept cool. The hope is that the toxins will not survive the high temperatures.

McKeon, now back in the states after the hyperthermia treatments, said she’s feeling a bit better. Major changes in symptoms aren’t likely to be felt for about two months, she added.

The upcoming six months include a regimented post-treatment schedule of herbal medicines taken orally or injected. Other Lyme patients claim to have felt up to 70 percent better after four months of post-treatment and she remains optimistic she’ll make progress. McKeon’s brother too hopes to go to Germany one day as well, once he can afford the cost.

[Correction: Dr. Richard Horowitz was mistakenly identified as Dr. Robert Horowitz in an earlier version of this article.] 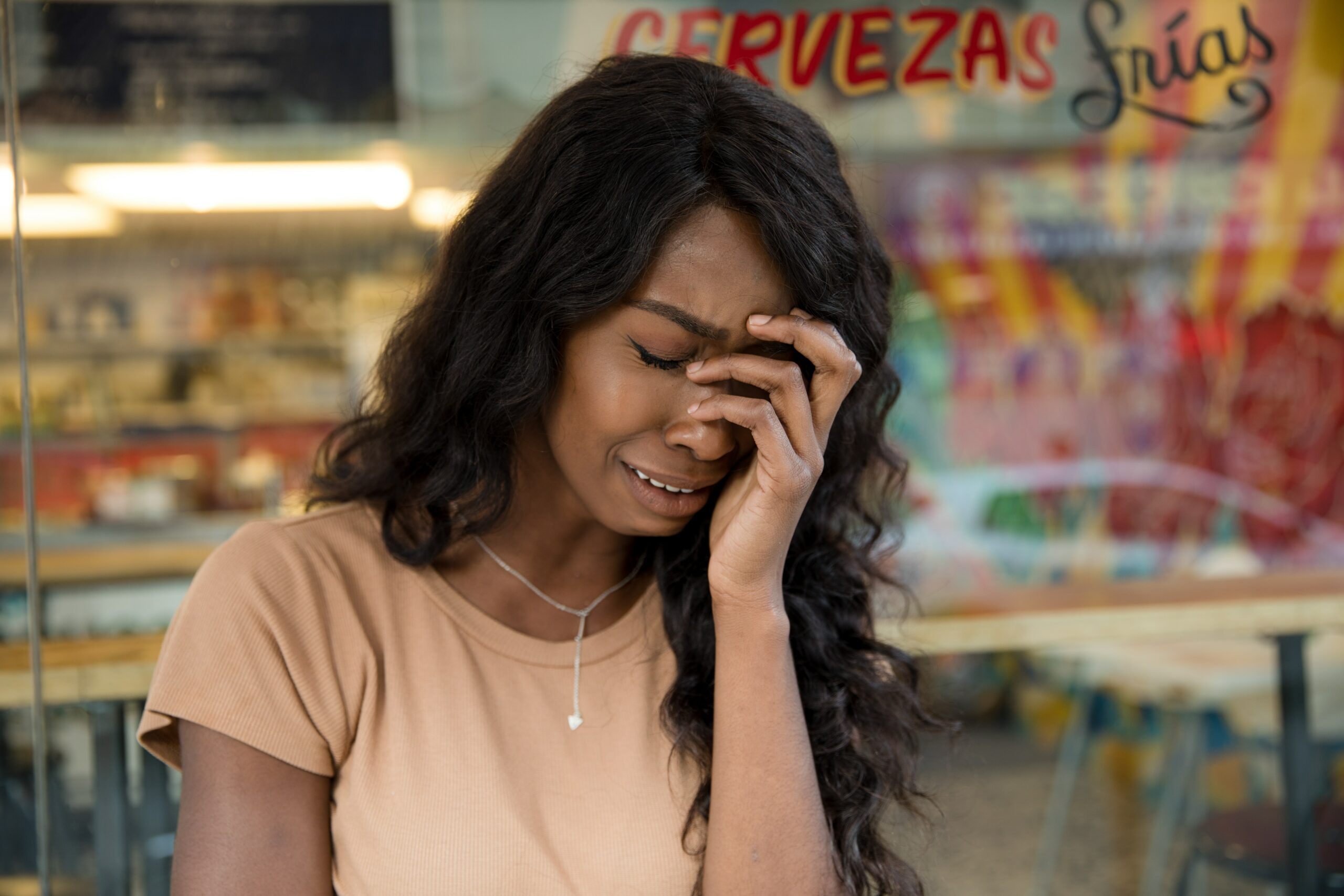 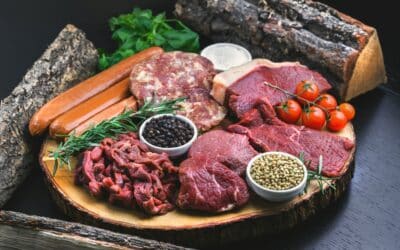 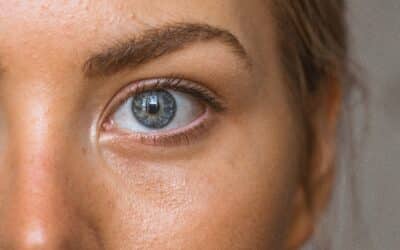 The Face Of Lyme Disease

Lyme disease (LD) is a multisystem condition caused by certain species of spirochetes from the Borrelia burgdorferi complex. The bacteria can spread to multiple organs throughout the body causing a wide range of symptoms. In this article we will discuss the faces of...